In what could pass as one of the largest cuts known to occur as part of a broad workforce reduction, Tesla has laid off nearly 200 workers, most of whom were responsible for labeling data to help train the system of Enterprise AI Autopilot. The layoffs are the latest job losses at Tesla after CEO Elon Musk told company executives it needed to cut its workforce by about 10%.

These cuts are part of an effort to reduce the number of salaried employees. The company, now headquartered in Austin, Texas, had grown to around 100,000 employees worldwide with the construction of new factories in Austin and Berlin. 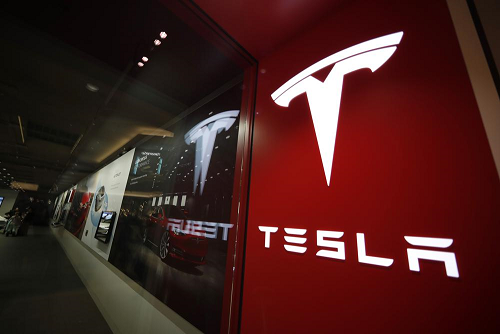 The layoffs centered on Tesla’s San Mateo, Calif., offices where employees worked on the company’s Autopilot driver assistance feature. Most of those involved were hourly workers responsible for tagging training data. In recent years, many companies have turned to cheaper sources of labor in less developed countries to collect this data.

In May, Elon Musk presented Tesla’s new Optimus humanoid robot and revived the debate: Will robots replace humans? The Tesla Optimus was presented for the first time in 2021 during the day dedicated to artificial intelligence within the company. Elon Musk then stressed that it would not be a vague idea, but a real product.

The robot can move at a speed of up to eight kilometers per hour and can carry objects weighing 20 kilograms. When in the resting position, Optimus is said to be able to lift almost 70 kilograms, with each arm managing 4.5 kg when pulled. Its entry into production is scheduled for the year 2023.

At the end of 2021, Tesla had 99,290 employees worldwide. Earlier this month, Musk said he had “super bad feelings about the U.S. economy and that Tesla was “overstaffed,” leading to the layoffs. Originally, Musk said the job losses would primarily hit salaried workers, but reports have indicated (and the San Mateo layoffs show it) that hourly workers are also at risk.
The hundreds of laid-off workers are not directly related to the Optimus humanoid robot project. According to Tesla, the robot will take care of tasks that are either very repetitive and therefore boring for humans or those that are dangerous.

Two former employees, however, have filed a lawsuit against the company, claiming that Tesla violated federal law by failing to give 60 days notice before proceeding with a mass layoff at its Gigafactory plant in Nevada. In San Mateo’s layoffs report, reportedly mentioned that most workers were terminated based on their performance – meaning Tesla wouldn’t be required to give notice of layoffs.

Last month, invoices and other documents showed that Tesla paid MWW PR to monitor a Facebook group of Tesla employees and to research the organizers specifically on social media in 2017 and 2018. Two things that MWW PR was watching closely for Tesla were social media discussions alleging unfair labor practices at Tesla, and discussions relating to a sexual harassment lawsuit, according to documents describing their work. Current and former Tesla employees said they believe the company is still monitoring workers on social media and shared copies of the company’s current communications policy.

In 2017 and 2018, as some workers sought to form a union at the Tesla factory in Fremont, California, Elon Musk’s electric vehicle company paid a consulting firm, MWW PR, to monitor employees in a Facebook group. and more broadly on social networks, according to invoices and other documents examined by the media. Two things that MWW PR watched closely were discussions alleging unfair labor practices at Tesla and a sexual harassment lawsuit, according to documents describing their work.

Although for some analysts the electric car could take over a large part of the automotive industry in the coming years, are motorists ready to make the transition and bear the costs that come with it? This question sparked a lot of debate recently when, faced with a bill of over $26,600 just for a battery replacement, a Finn decided to burn his 2013 Tesla Model S rather than go through with the repair. Tuomas Katainen is a Finn and former owner of a 2013 Tesla Model S. He explained that his Tesla was working fine initially, but after the first 1500 miles it started having problems and regularly returning fault codes. ‘mistake.

When I bought this Tesla, the first 1500 miles were nice. Then the error codes appeared,” he said in a video showing his car being blown up with dynamite. After taking his Tesla to a mechanic, Katainen discovered that the only way to fix the car would be to replace the entire battery. In an estimate, the repairman let him know that it would cost him at least 20,000 euros, or about 22,600 dollars. In addition, he should ask Tesla for permission to perform the repair.

In August 2021, regulators from the US road safety department, the National Highway Traffic Safety Administration (NHTSA), opened an investigation into Tesla’s Autopilot system after cars using the feature crashed into emergency vehicles.

The National Highway Transportation Safety Administration announced an investigation and it encompasses 765,000 Teslas sold in the United States, a significant fraction of all the company’s sales in the country. The agency says the investigation will cover 11 accidents since 2018; the accidents resulted in 17 injuries and one death:

Since January 2018, the Office of Defects Investigation (ODI) has identified eleven crashes in which Tesla models of various configurations encountered first responder scenes and subsequently struck one or more vehicles involved in those scenes. Incidents are listed at the end of this summary by date, city, and state.

A study has revealed how the names used by manufacturers for self-driving cars can send the wrong messages to drivers regarding their level of attention. Another revealed that drivers did not always understand the important information conveyed by the system screens. Mercedes-Benz has announced that it will offer Drive Pilot, the first Level 3 autonomous driving system approved for European public roads, as an option on S-Class and EQS models. Drive Pilot will cost 5,000 euros ($5,300) on the S-Class and 7,430 euros on the EQS in Germany, Mercedes said on Friday.

The system allows the car to take control of driving functions under certain conditions, freeing up the driver to do other things, such as answering emails. Drive Pilot is approved for use on approximately 13,000 km of German autobahns at speeds of 60 km/h or less, meaning its primary use would be in congested traffic or traffic jams.

For many years, we have been striving to realize our vision of automated driving. With this LiDAR-based system, we have developed innovative technology for our vehicles that provides customers with a unique and luxurious driving experience and gives them what matters most: time. With the approval of the authorities, we have now achieved a breakthrough: we are the first manufacturer to put conditionally automated driving into series production in Germany , Markus Schfer, Member of the Board of Directors of Daimler AG and Mercedes-Benz AG, Director of technology responsible for development and procurement.

Critics warn that given information provided by Elon Musk and his team, some customers assume that a system called Autopilot is completely self-contained. Tesla advocates counter by pointing out that the planes’ autopilot capabilities aren’t fully autonomous. Pilots still need to monitor their operation and intervene if something goes wrong, and Tesla’s Autopilot system is no different.

In his job postings, Tesla said labeled data was a critical component for training powerful deep neural networks, which help drive Tesla vehicles autonomously. Employees in Buffalo, New York, and San Mateo spent hours labeling images of cars and the environment in which they travel, such as traffic signs and lanes.

It should be noted that mass layoffs are not an unusual practice for Musk and Tesla. The company cut hundreds of workers in October 2017, 9% of staff in June 2018 and about 7% in January 2019, then cut wages and furloughed employees in April 2020. Musk recently emailed company-wide claiming that, for workers who did not report to the office (unless they have permission to continue working from home), we will consider you to have quit.

Are you surprised by these layoffs at Tesla?

How do you think Tesla’s autopilot will improve if Musk fires the team?

Have you ever witnessed this or do you know of workers who have been laid off?

What do you think of the competition from Mercedes in this sector?

Tesla becomes the automaker with the largest market capitalization and hits $1,000 a share, but it doesn’t just owe its success to building the cars

Mercedes-Benz announces Level 3 autonomous driving option is ready for implementation, Drive Pilot will cost 5,000 euros on the S-Class and 7,430 euros on the EQS in Germany

Manage Cookie Consent
To provide the best experiences, we use technologies like cookies to store and/or access device information. Consenting to these technologies will allow us to process data such as browsing behavior or unique IDs on this site. Not consenting or withdrawing consent, may adversely affect certain features and functions.
Manage options Manage services Manage vendors Read more about these purposes
View preferences
{title} {title} {title}